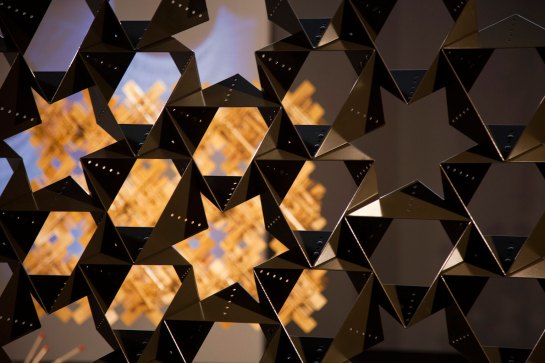 With the Stellar Collection of sculptural screens and wall reliefs etc. soon to be launched in Spring 2014 by the fabulous Australian furniture icon TAIT, let’s have a look back at a post from March 2012 showing the development of Scale Screen 2012. Here in full follows the original post – ENJOY! You can also see the original post here! 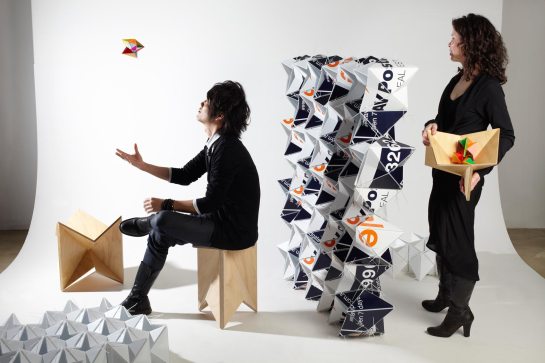 Through the Australian Council Grant I rationalised the design of Pixel Screen in coated sheet metal to ensure modularity, as well as fabrication and installation ease. Importantly throughout this process I maintained the essential qualities of the original artwork. The streamlining of Pixel Screen however meant the adaption was different enough to warrant a new name. The name Scale Screen comes from the form of the elements that make up the screen. They look like reptile scales (especially Brown Snakes or Frilly Necked Lizards, and also like the opened mouth of a Frilly Necked Lizard) so the name directly reflects this quality and also references my unique country Australian childhood;

The surface, colour and depth of the Scale Screen project is informed by the skin of Taipan and King Brown snakes. In my hometown of Sharon in Queensland, the remnants of shedded snakeskin on timber joists proves a reminder of the local reptilian residents – snakes rub on the rough joists to break their skin for the process of shedding. Amongst Australia’s most aggressive and poisonous snakes, the beauty of their skin belies their potential danger. I play with the duality of the notions of protective efficiency and deadly beauty as being inherent to Australian native flora and fauna. 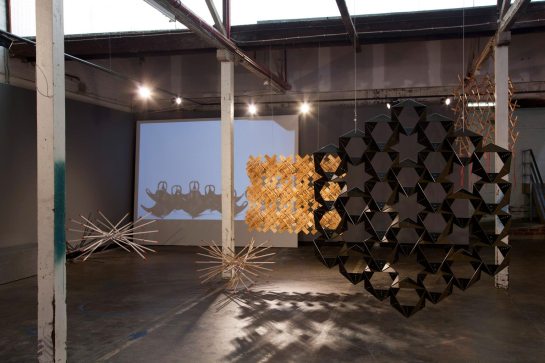 In the foreground: Scale Screen 2012 Photography by Tobias Titz 2012. 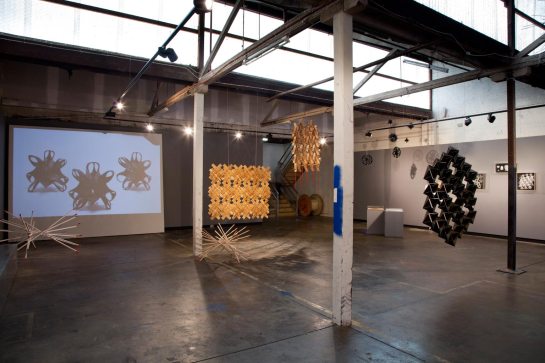 A distant and more acute view of Scale Screen 2012 to the right. Photography by Tobias Titz 2012.

My works are intended to be experienced in space, time and light. This is particularly clear in the development of Scale Screen 2012. The patterns within its surface are 3-dimensional; they are patterns that exist in space – new patterns are revealed and continuously evolve as you walk around the work.

I applied the knowledge I gained through the Australia Council Grant Research and Development to other subsequent commissions. Taking Flight (pictured below) uses the same fabrication techniques as Scale Screen but has dramatic differences in form and concept. 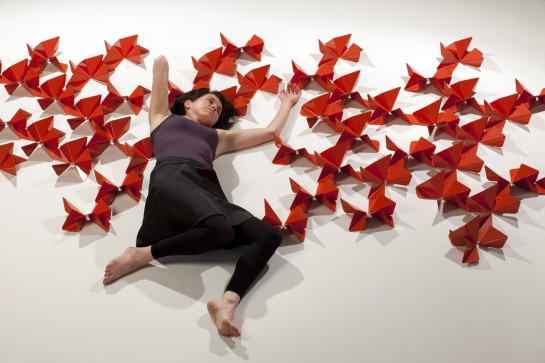 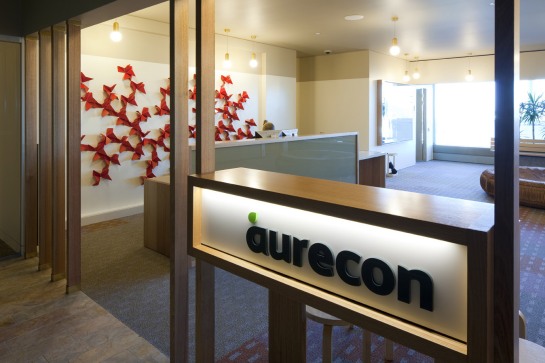 Taking Flight 2011 by Christina Waterson installed in Aurecon’s Brisbane Head Office Reception. This work aimed to capture a sense of action and growth; similar to birds alighting from a forest or the flourish of blooms in spring. Photography by Jon Linkins 2011. 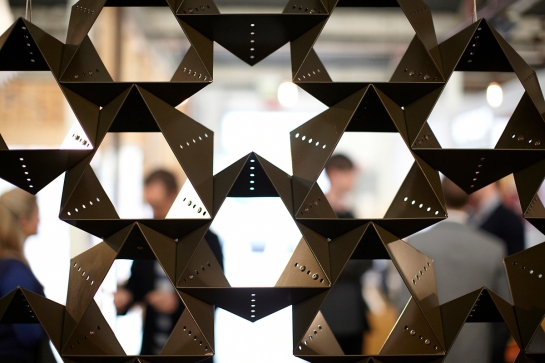 I would like to sincerely thank the Australian Government through the Australia Council, its arts funding and advisory body for assisting the Scale Screen project.

Go to TAIT’s Website and TAIT’s Blog for all news on the launch of the Stellar Collection in Spring 2014. 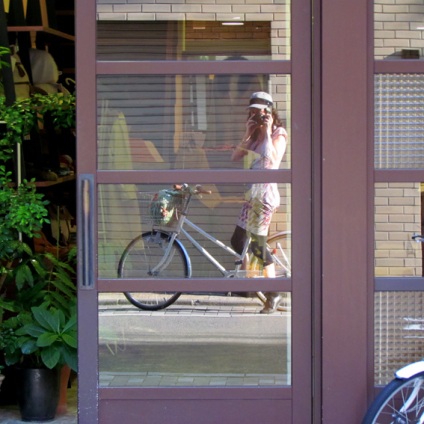